Outback encounter questions all we know about horse shoes 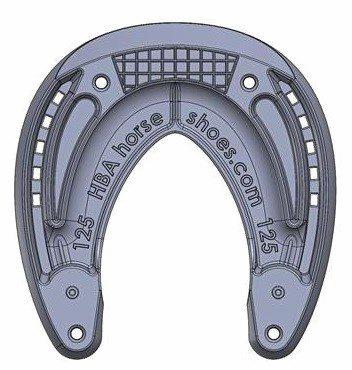 IT WAS the last day of mustering at Mt Surprise Station in July 1983.

Sitting contently on the back on of his little Arab stock horse, waiting for a mob of cattle to come over the creek, Bill Diemling saw something that changed his life forever.

"Right to this day it is as clear in my mind as if it was yesterday.

"The picture I get, the feeling I get, it seemed to me it was almost a sign from heaven."

Down in the dirt before him, Mr Diemling noticed some horse footprints that caught his attention.

"It was something completely unlike anything I had ever seen before."

As a farrier who'd worked with horses all around the world, Mr Diemling thought he'd seen it all.

But these hoofprints - an impression left by wild brumbies - were unique.

"Everything I had seen up until that point had been from a domesticated background but those footprints were natural," he said.

"They were more spherical in shape, which was completely strange to me."

Intrigued, Mr Diemling took a plaster cast of the prints back to the United Kingdom where he lived, and began extensive research which led him to develop a revolutionary style of horse shoe based on the natural hooves of wild brumbies...

Posted by Endurance.Net at 8:24 AM