In the ranches of B.C.’s Cariboo Chilcotin, I gained a deeper understanding of the connection between human and horses With more than a dozen guest ranches, the region offers many opportunities to get back in the saddle.

At Historic Hat Creek Ranch, about an hour west of Kamloops, B.C., guide Reni Lind wears the snappy garb of a 19th-century saloon keeper as he tells tales of the Cariboo Wagon Road, and the American Gold Rush miners who flooded this region in the 1850s.

“More than 700 kilometres of road were built over three years [between 1862 and 1865], from Fort Yale to Quesnel and Barkerville,” says Lind. Once a crucial route to the Fraser River’s precious metal, the gravel road still runs through the ranch, where the well-preserved Hat Creek Roadhouse, built in 1861, once serviced miners and watered stagecoach horses en route north. Today, the ranch is a heritage site with costumed interpreters bringing the past to life... In a forbidding Wyoming desert, scientists and fortune hunters search for the surprisingly intact remains of horses and other creatures that lived long ago

One morning in September 2003, Jim E. Tynsky was working on the tip of a ridge above a canyon in southwestern Wyoming. That point of land had become known as “Tom’s Folly” because of a previous fossil hunter’s inability to find anything in the quarry there. Tynsky wasn’t doing much better. With the season racing to its snowy end, he had little to show for a summer of hard work but the commonest sort of fish fossils. Heaps of discarded stone slabs lay around like broken pottery.

Other quarries on this ridge were known for producing extraordinarily detailed and complete fossils, all from the bottom of an ancient lake. Tynsky, the third generation of his family to eke out a living from finding fossils there, knelt down beside a slab still embedded in the ground. He chose a spot along an exposed edge and started to work at it with his chisel and his geological hammer. A fragment of stone broke away above the split. He was expecting to find fossilized fish underneath. Maybe some good ones. What caught his eye instead was a foot.

He cleared a larger area, and the fossil began to take shape as a ghostly shadow across the newly exposed stone surface. It was humpbacked, and the size of a border collie, but with details obscured by the limestone matrix, as if painted over with cake batter. “I got something really cool over here,” Tynsky called out to a helper. “Might be a turtle, I don’t know.” He cleared a bit more and saw that the ordinary cracks in the stone had miraculously spared the fossil. The helper came over to look.

Read more here:
https://www.smithsonianmag.com/travel/treasures-of-fossil-lake-180980544/
Posted by Endurance.Net at 9:50 AM No comments: 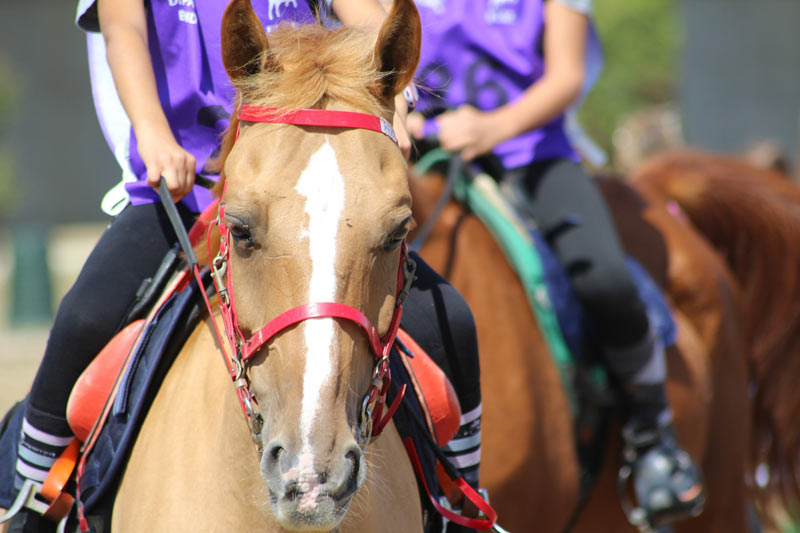 The competitive history of endurance horses is important in predicting their likelihood of elimination from a competition, especially in relation to lameness, researchers have found.

Endurance is an internationally recognised equestrian sport in which horse-and-rider combinations compete over distances of up to 160km in a day.

The discipline is governed globally by the International Equestrian Federation (FEI), and by Endurance GB in Britain.

Protecting the welfare of the horse is a key strategic priority within the discipline. However, horse injuries and fatalities in high-profile races have led to a negative public perception of the sport.

This has resulted in calls for increased safeguards around the welfare of endurance horses in order to reduce the risk not only to the horse, but also to the discipline and its social licence to operate...

Read more here:
https://www.horsetalk.co.nz/2022/09/18/competition-history-predictor-lameness-eliminations-endurance/
Posted by Endurance.Net at 7:50 AM No comments: Dakota Wolf can spend a month in a saddle without getting sore.

Since leaving his nine-to-five job of 21 years, Mr Wolf has dedicated himself to long-distance trail riding.

"I'm that used to it these days that it doesn't bother me at all," he said.

"But I struggle getting into a soft bed after [a long ride]. It takes me a couple of weeks to get used to that again."

He says riding is a childhood dream come true...