Water is the most essential aspect of any horse’s diet. Without adequate water intake, horses will not survive. An adult horse (1000 lbs.) in a cool, comfortable environment that is not working, or lactating, needs a minimum of seven to ten gallons of fresh, clean water every day. The amount of water required is closely related to the amount of feed the horse has eaten. Most horses will drink 1.5 quarts of water per pound of dry feed intake. If a horse is consuming 20 pounds of dry hay per day, the horse would be expected to drink approximately 7.5 gallons of water each day. The water requirement is higher if the horse is in training, nursing a foal, growing, pregnant or in a hot/humid environment. The best way to ensure adequate water intake is to always provide free access to fresh, clean water.

Issues associated with water intake during the winter months usually revolve around horses not drinking enough water. Water that has frozen or is near freezing will result in decreased intake. Water consumption reaches its maximum when the temperature is maintained between 45 and 65 degrees Fahrenheit...

Posted by Endurance.Net at 10:48 AM No comments:

How an epic horse ride captured a photographer’s adventurous spirit

Jim Hollander’s work as a photographer has taken him to hotspots of conflict all around the globe including Ethiopia, Somalia, Afghanistan, Lebanon, Liberia, Iraq, Kosovo and the Persian Gulf — but his most treasured memory is that of a 1000km horse ride across Spain, he tells Louise Parkes.

Award-winning photographer Jim Hollander has seen a lot in his 71 years. He has worked for UPI and Reuters, and was appointed Staff Photographer for EPA covering Israel and the Palestinian Territories in 2003. But from the early days his connection with horses has been strong, and in recent years he covered the equestrian events at the Sydney Olympics in 2000, London in 2012 and Rio in 2016. He was commissioned by the FEI for the final of the Longines FEI Jumping Nations Cup series in Barcelona on three occasions and the Longines FEI Jumping World Cup Final in Paris in 2018 and was looking forward to returning to Barcelona in 2020 until the pandemic got in the way.

He believes he owes a lot of his success to the experience gained on what the family still describe to this day as “the Hollander horse trip”. Using his diary and photos, in 1993 Jim published From Pizarra to Pamplona – Across Spain on Horseback to recall it in all its glory. The book is as much a homage to his late father as the story of a shared experience, and it captures a moment in time when horses and people could still roam the Spanish countryside in a way that would be impossible today.

The trip was made back in 1973. It took four weeks to cross from Pizarra to Pamplona, and it epitomised the adventurous spirit of an extraordinarily creative family...

Posted by Endurance.Net at 10:45 AM No comments:

Keep your horse healthy and happy through the winter months by adapting your management routine for the season.

Winter is setting in, and while you may be tempted to wrap your horse in an overly toasty warm blanket and tuck him in to a heated barn for the cold season, avoid the urge. He’s better off if you refrain from too much over-coddling. Of course throwing him out for the winter and forgetting about him until the spring thaw isn’t the way to go either. Read on to learn about horsekeeping winter mistakes.

Posted by Endurance.Net at 8:54 AM No comments:

From rainforest to high desert, Oregon has it all! In this episode, guide book author Kim McCarrel joins us to delve into what makes the Pacific Northwest special. Also, Jess tells her story of traveling through Oregon this summer.

Kim is an avid trail rider who has been mapping and writing about trails in the Pacific Northwest since 2002. She has written five guide books plus a booklet on obtaining limited-entry permits. They are available on her website, NW Horse Trails.

In this episode we talk about a few of Kim’s favorite trails. Here they are organized by region...

Posted by Endurance.Net at 12:00 PM No comments:

A Day in the Life of a Modern Horse Nomad

I wake gently to the sound of birds chirping. The morning air is crisp and clear. My horses raise their heads and nicker softly as I open my door. The sun is rising over distant mountains. The fog begins to clear from the meadow as they graze. I take in the glorious view of snow-capped peaks and breathe in the smells of the pine forest at my back. A crystal clear stream gurgles hypnotically as I go about my chores.

Okay, I know what you’re thinking. Is she for real? The answer is: sort of. Not every day can be this idyllic but many are. That’s why we love living as full-time nomads with our horses. In case this is your first time reading our blog, I’ll give a short synopsis of who we are and what we’re doing...

Posted by Endurance.Net at 9:03 AM No comments: 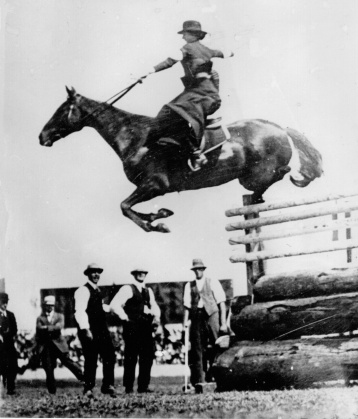 “Women are already a bad cocktail unto themselves. Unchecked and untempered they’ll run feral and ruin the best of men, but you combine them with horses and John Freaking Wayne would have difficulty in taming them. I cannot pin it down, nor do I wish to expend the calories of energy to figure out why women have such a psychological attachment to horses, but they do.”
Aaron Clarey on MRA blog, Return of Kings.

Poor Aaron. A certain kind of man will forever be mystified by women, largely because he won’t listen to what they actually have to say. Nowhere is that clearer than in the centuries-old subgenre of Men Attempting To Explain Why Women Love Horses, which is busting with theories about phallic symbolism, misplaced maternal instinct and women basically being oversexed animals anyway. I wrote my first book, If Wishes Were Horses, about the history of the girl–pony bond, an experience that led to my dentist telling me that women had orgasms when riding and a guy standing up after a talk I’d given and mansplaining that it was all about sex anyway. Now it seems more appropriate to flip the script and ask, why are men like Aaron Clarey so worried – even scared – by equestriennes? After some extensive research in the archives I boiled it down to four reasons:...

Posted by Endurance.Net at 11:17 AM No comments:

Road to the Tevis Cup Post #20: Finding the right saddle 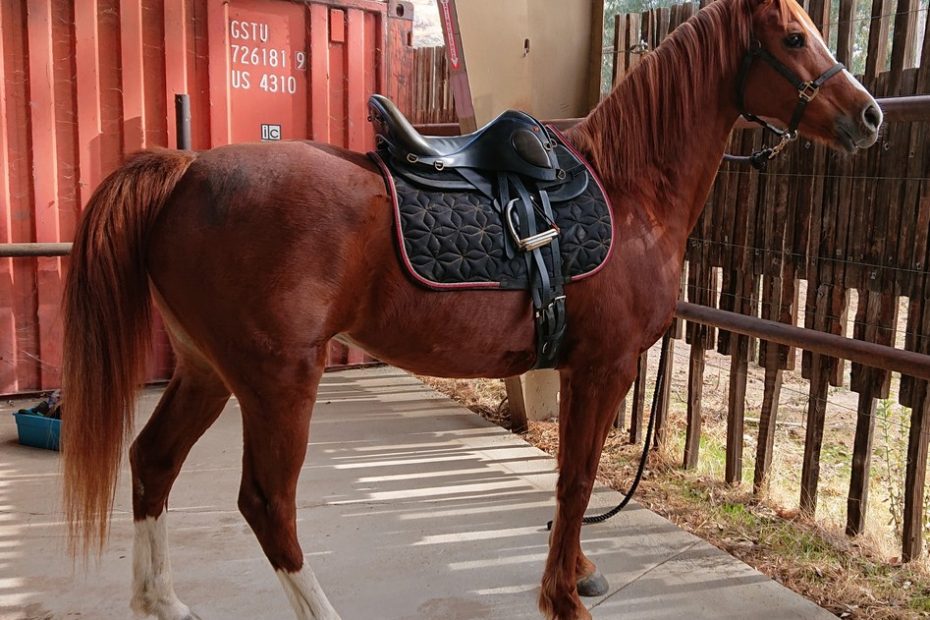 Finding the right saddle is far more important when you are riding endurance than when you are galloping racehorses or training show horses. When people used to complain to me about saddles, I had a stock answer: Ride the horse, not the saddle. For most of my life, that is what I have done.

Oh, I cared about saddles–for me, less saddle was always more comfort. When I was a teen working Morgans, I used a cutback flat saddle for everything except showing. At the track, my galloping saddle was as minimal as could be. For me, it has always been about maximizing contact with the horse and minimizing saddle.

Then I started training for endurance. Many miles and long hours in the saddle (of the same horse) make saddle fit to horse and rider essential...

Posted by Endurance.Net at 9:19 AM No comments:

No horses or peacocks: US limits service animals on planes to dogs 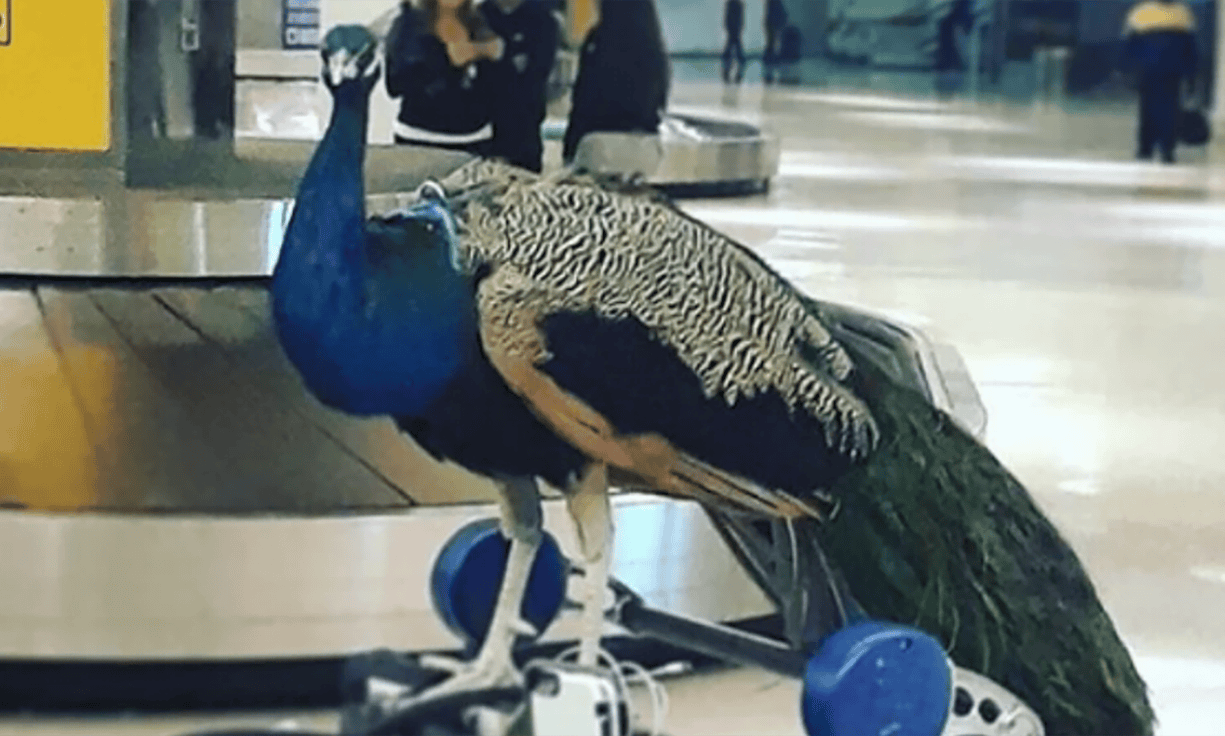 The government has decided that when it comes to air travel, only dogs can be service animals, and non-human companions used for emotional support don’t count.

The transportation department issued a final rule Wednesday that aims to settle years of tension between airlines and passengers who bring their pets on board for free by saying they need them for emotional support.

For years, the department required airlines to allow animals with passengers who had a doctor’s note saying they needed the animal for emotional support.

Airlines believed passengers abused the rule to bring a menagerie of animals on board including cats, turtles and pigs...

Posted by Endurance.Net at 9:08 AM No comments:

Researchers have taken preliminary steps toward unravelling the roles of two important regulatory proteins produced by muscle cells during exercise in horses.

The Polish research focused on 20 purebred Arabian horses, half of whom were in racehorse training and the remainder being conditioned for Endurance contests.

Sylwester Kowalik and his colleagues from the University of Life Sciences said skeletal muscle is considered the largest endocrine organ determining the maintenance of energy balance.

Adaptive changes in skeletal muscles in response to exercise affect the production, as well as the secretion, of proteins known as myokines, which play a crucial role in energy expenditure.

Kowalik and his colleagues carried out a preliminary study to investigate the impact of two different types of exercise on the circulating level of two myokines, myostatin and irisin, in horses...

Posted by Endurance.Net at 9:17 AM No comments: