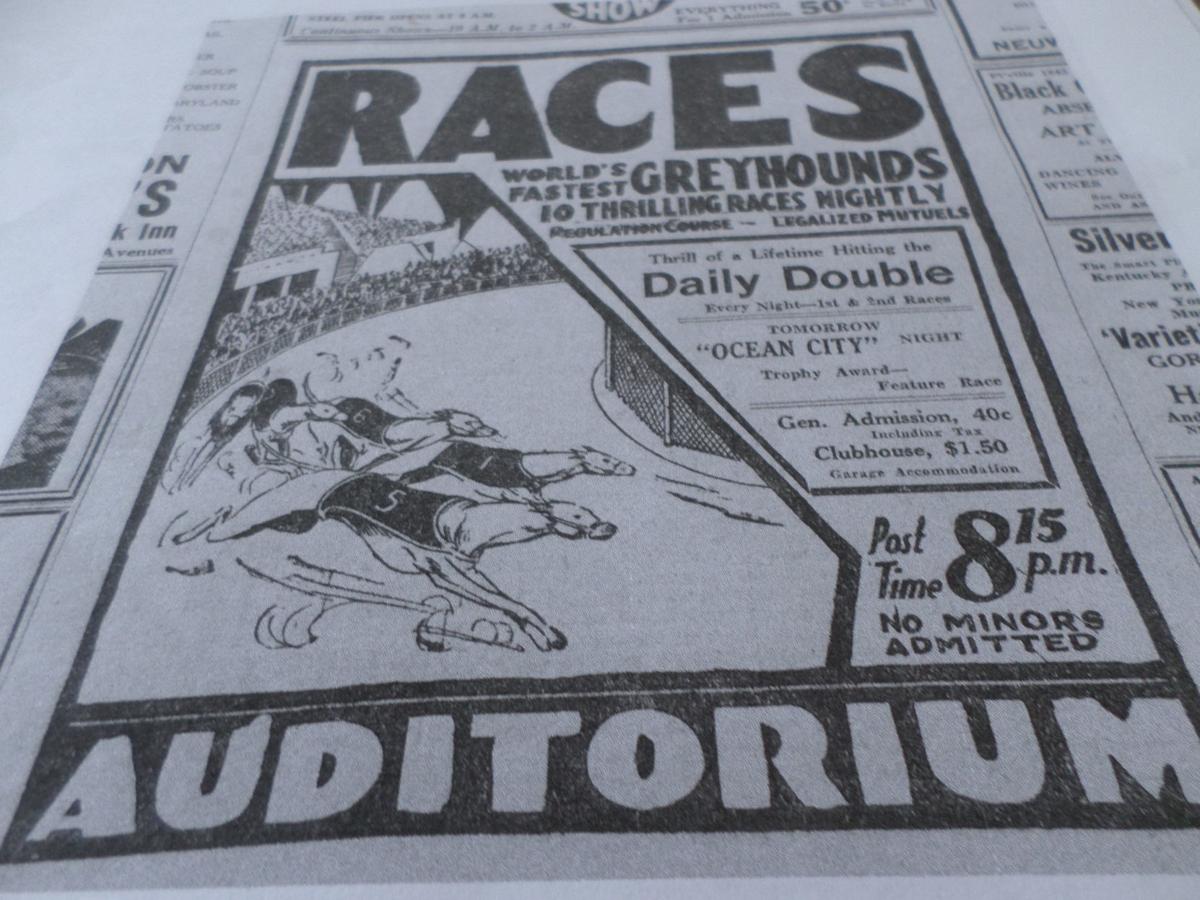 By JERRY GORDON For The Current
September 26 2019

(Look Back is an occasional series with content and images from the Atlantic County Historical Society.)

Until recently, if you wanted to watch and gamble on the greyhound races, it meant being in Florida where you had your choice of the horse races, jai-alai, or the magnificent greyhounds. But back in the 1930s and '40s, all you had to do was go to Convention Hall and pay a general admission fee of 40¢ or go big time in the clubhouse for the grand rate of $1.50 and you could enjoy yourself while watching the greyhounds chase a rabbit around the track.

The Atlantic Kennel Club signed a three month lease with Convention Hall for $165,000 rental with $50,000 paid in advance. It was announced that 600 dogs would be arriving from Florida for the local meets whose season began on June 28 and lasted until Sept. 9.

The ads for the races touted the "Peer of amusements in Atlantic City is at the auditorium where you can see the World's Fastest Greyhounds on a regulation course." Some of the weekly specials included Monkey Races, Hurdle Races, and the Margate Cup Races. Ten races were scheduled each evening with an 8:15 p.m. post time.

In addition to the dog races, more than 100 horses were brought here for the American Pony Express endurance races held each year...

Posted by Endurance.Net at 1:09 PM