The Road to the Tevis Cup, Post # 11: (Not) riding in smoke from wildfires - Jessica Black 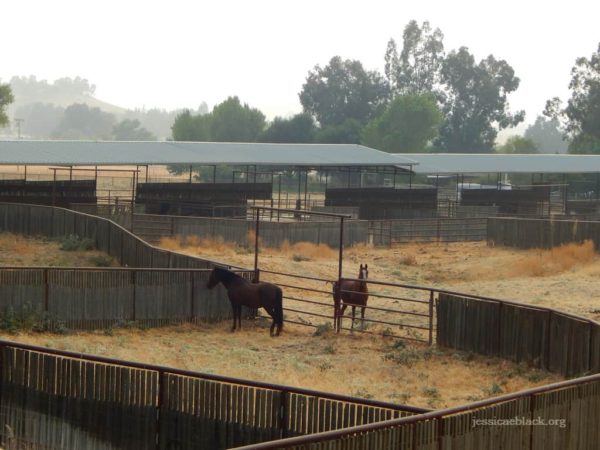 Fantazia’s endurance training has been put on hold due the the insane fire activity in California (and much of the West coast). Riding in smoke from wildfires is a bad idea. When I got up Sunday morning, I thought I had escaped the worst of it. I had gone to Paso Robles to train in the deep sand of a riverbed (see my post on Conditioning in Deep Sand), and I extended my stay because Paso was one of the few places in California that did not have dangerous air quality.

Then on Sunday, as I was getting ready to go on a ride with my friend Laurie, I received a voluntary evacuation notice from the Tulare County Emergency Alert system. That was for where I live with my boyfriend. After an intense exchange of texts with my brother and mother, I determined that they were on mandatory evacuation. I had my boyfriend’s truck and trailer. My family needed me (my son texted as much). I didn’t want to get blocked out, if the situation worsened. I headed home. The Sequoia Complex fire

Posted by Endurance.Net at 2:28 PM