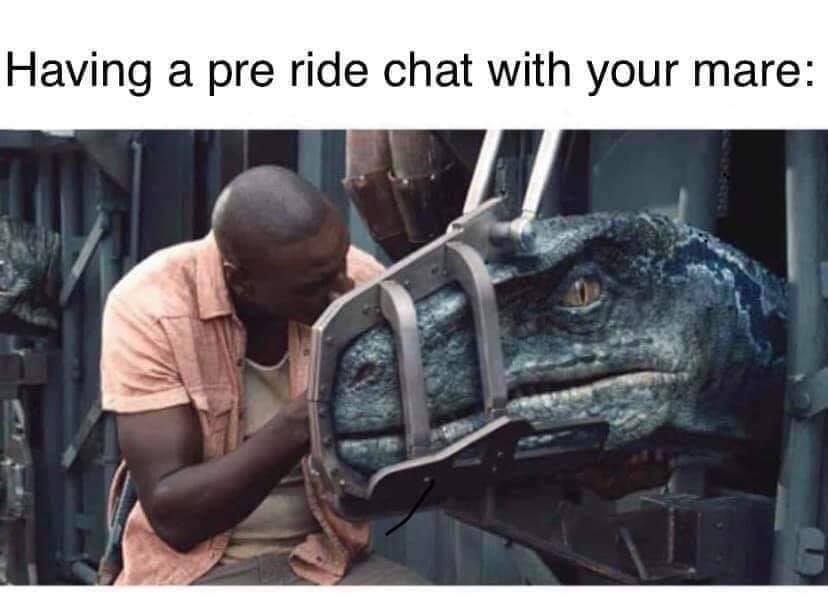 In all fairness to mares, I’ve actually had to have “that” pre-ride chat with more geldings over the years. Granted, the proportion of mares to geldings is significantly smaller, but I don’t feel like I’ve been handed as many shenanigans by the mares. But then I am ardently biased towards Team Mare, so take it for what you will.

That said, last weekend involved full-blown Arabian Raptor Snorts after Liberty decided that large rocks were her mortal enemy. It was probably the spookiest she’s ever been, but even then, I can’t complain when the worst she does is stop and stare and snort, or maybe veer sideways a couple feet if the trail is wide enough. And what I really love is that she doesn’t overreact. Once she’s past something, it’s over and forgotten about, and she doesn’t hold onto worry or angst or keeping ramping up. I’ve said it before that she’s a very “thinky” horse and appreciates some time and no pressure to work something through in her brain. She is bold and brave but she’s also sensitive, and too much pressure will get her back up and make her start to resist...

Posted by Endurance.Net at 9:38 AM