The Horse that led Lahore to War 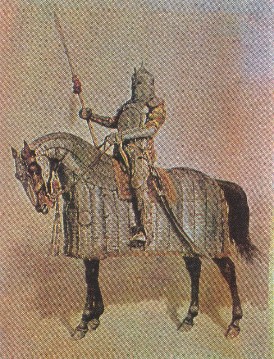 It might sound amazing today that an entire street of the Walled City of Lahore was cleaned and scrubbed for two whole days just because a horse had to pass that way. It was no religious ceremony, but just the immense passion of a horseman who felt more comfortable in his saddle than on his feet.

Almost 200 years ago when the Sukerchakian chief from Gujranwala, Ranjit Singh, declared himself the maharajah of the Punjab in the Lahore Fort on Muharram 10, 1799, the day he conquered the city, he declared that any man with any pride must give top priority to his horses, his work and his women, in that order. If you have visited the Lahore Fort, you will notice to the left of the side entrance a British military barrack. Before the British built this barrack, this was the stable of the Lahore Darbar.

At any one time Maharajah Ranjit Singh could keep almost 1,000 of the very finest horses there. When he ran out of space they went into the Hazoori Bagh, and when that was not enough the horses went into the Badshahi Masjid. Such was the craze of the man who ruled the Punjab for a full 40 years with an iron grip, and rule he did with great wisdom. For a beautiful horse, or a beautiful woman, he would go to any length, for once he got it into his head to acquire the “filly”, it became an obsession with him. Sounds rather logical to any Punjabi male chauvinist.

But one horse stands out from any other in the history of the Punjab and Lahore. The maharajah had heard a lot about this legendary horse and vowed to get it no matter what the cost. In the end it cost him “rupees 60 lakh and 12,000 soldiers,” or so the traveller Baron Charles Ilugel quotes Ranjit Singh having told him so himself. By current gold standards that would be almost Rs12 billion and a whole division of infantry. The accounts of the Fakir family of Bazaar Hakeeman also corroborate this figure, actually put it even higher. What was, after all, so amazing about a horse that the Lahore Darbar went crazy to acquire it? After all, the maharajah had a large stable of Arabian thoroughbreds, not to speak of legendary horses like Gauharbar and Sufaid Pari, both of which are said to have “the speed of the wind”. Not a single horse in his stable was then worth less than Rs20,000 by the rupees standard 200 years ago. A joke doing the rounds of Lahore then listed the price of the entire city of Lahore and the cost of the Maharajah’s horses as being equal.

This legendary horse was known as Asp-i-Laila...

Posted by Endurance.Net at 9:02 AM