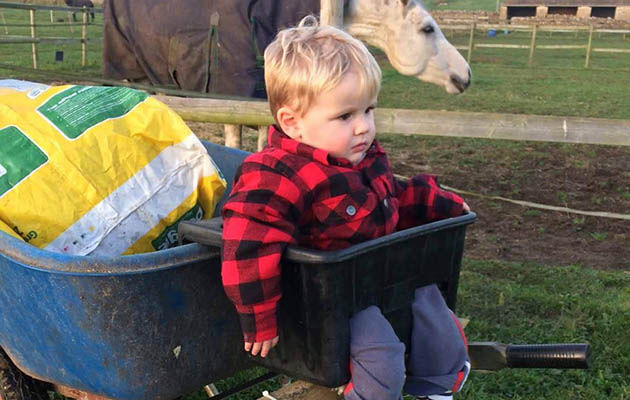 An endurance rider and her husband have developed an innovative way of keeping toddlers safe and involved at the yard.

Gloucestershire-based Adam Farley thought up the idea last October when he was looking after his then 18-month-old son Ollie while his wife Rachael Claridge was in Australia.

Adam was kept busy looking after the family’s four horses and two dogs, as well as working full-time.

“He was thinking of a way to keep our toddler safe,” Rachael told H&H.

“He bought a bucket, cut a couple of holes in it, fixed it to the wheelbarrow and stuck Ollie in it.

Posted by Endurance.Net at 8:10 AM